332 Cocoanut Coming to the Heart of Downtown Sarasota 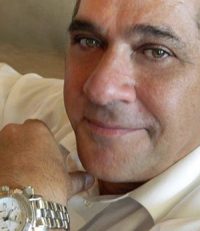 “We’ve always either housed the arts council or the film festival or several other charities,” Famiglio said.

Now he wants something bigger and more permanent, in the Rosemary District.

“Now’s probably a time I should lock in the density and see whether I can do something a little different,” Famiglio said.

That’s where 332 Cocoanut comes in. Christina Stramiello in sales management says the location at 4th & Cocoanut won’t hurt your wallet as much as you’d expect.

“When we go through and look at our competition at this price point, they’re not walkable to downtown Sarasota. We are,” Stramiello said.

“..and a bit uncommon in the downtown area, other than for high rises,” he said.

Though put on the market just a few days ago, Famiglio says the response has already been overwhelming.

“We’re excited about that, but we only have 36 units here,” he said, and they’re going fast.

After Friday’s official groundbreaking, Famiglio says you’ll be able to see the modern, clean design reaching to the sky before this time next year.

“Moving at lightning speed, and we’re having a good time watching it go up,” he said.

It will also be Sarasota Film Festival headquarters, leaving a lasting footprint on the entertainment industry.

“We’re here to stay; we’re a significant player in the cinematic world in terms of festivals and promoting filmmakers and screen writers and the future of film,” Famiglio said.